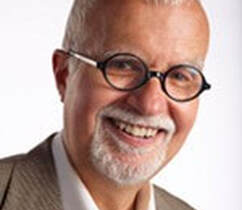 We’re thrilled when our participants tell us they have learned, laughed, cried and loved (our
slogan) at one of our events—but I must confess I’m just as happy when I learn something,
which happens all the time.

Example: Now available on our Let’s Go to the Movies series is my preview of the Fred Astaire film A Damsel in Distress (1937). We’ve provided the link to the film, and you can be part of our live-streamed Q&A on October 15.

I programmed it because it’s such a curiosity: Set in Britain, it’s the only musical film starring Fred in which his leading lady, the 20-year-old Joan Fontaine (remember her from Hitchcock’s Rebecca?), could neither sing nor dance! I’ll tell you what’s positively disarming, though: In their dance routine for George and Ira Gershwin’s “Things Are Looking Up,” Fred generously does everything in his power to make her look good.

And here’s what astonished me: the film, which I hadn’t seen in about 25 years, turns out to be a delightful confection featuring the great comedy team of George Burns and Gracie Allen; the last complete score by the Gershwin brothers before George’s untimely death of a brain tumor (their score includes “A Foggy Day” and “Nice Work If You Can Get It”); and a screenplay co-written by P.G. Woodhouse, the droll British humorist who created the “Jeeves” stories.

So give it a whirl…Will you cry? Probably not. But there’s a fair chance you’ll learn, laugh and love. Not bad for a film that’s virtually forgotten today.

Bill is up to what all of us at The Musical Theater Project are up to—and this goes for most arts organizations in Cleveland as well. We’re creating online programming as a means of serving our participants during the Covid-19 pandemic. In the case of TMTP, that includes our new weekly series, “Let’s Go to the Movies…at Home!,” an adaptation of our acclaimed school program, “Kids Love Musicals!,” and specially selected song playlists that can be streamed on Spotify. (And of course our two long-running radio programs on public stations and Sirius continue, unaffected by the virus.)

END_OF_DOCUMENT_TOKEN_TO_BE_REPLACED

Whether you’re laying on the beach or curled up on your porch, nothing says summer quite like indulging in a new book. While there’s plenty of escapist novels to dive into, the staff at TMTP is sharing some of our favorite musical theater books of all-time in case you’re missing the bright lights of Broadway this season. Click on the book image to view/purchase on Amazon.

Bridie Carroll: I read this book years ago as I was and still am a huge Sondheim fan. This is a great read that takes the reader through each of his shows talking about the very real and complex subjects and characters that he is known for. If you are someone who loves dissecting lyrics, song and story, this is a great book for you. It’s like taking a peek inside the mind of your favorite genius.

Joanna May Cullinan: I have a special interest in how social and cultural history has shaped musical theater and vice versa. Tracking the way women’s roles onstage have shifted in tandem with women’s history is fascinating and not at all coincidental. Everything from a show’s message and themes down to a character’s voice type has been dictated by the times. Think of some of the best Act One finales: “Everything’s Coming Up Roses,” “Don’t Rain On My Parade,” “And I Am Telling You” and “Defying Gravity.” Each musical written decades apart, but the image of a strong woman ending on a high note (literally and figuratively) is practically an archetype. This book digs deep into the highs and lows of this phenomenon.

Jodi Maile Kirk: ​I frequently tease that my greatest teachers are the three S’s – Shakespeare, Suess and Sondheim. The lyrics of Stephen Sondheim reflect the paradoxical nature of living life to the fullest. His lyrics capture the mystery and madness of love, loss, and art. His lyrics lay the emotional foundation for my beliefs and values as well as my hopes and dreams. Pouring over his words, soaking up images and hearing faraway melodies while remembering specific moments from some of my favorite shows or just reflecting on my own journey is a gift. Paging through songs and examining the brilliance of one of musical theater’s most vulnerable and acutely human story tellers and lyricists is soul expanding indeed.

Heather Meeker: I’m especially fond of this title. In 2017, it’s how I introduced the musical to my monthly book club – a group of wise women, most 15-20 years older than me. We’d read the Ron Chernov biography the month before, so they knew the source material and were intrigued by Lin Manuel-Miranda’s vision. Hip-hop and rap wasn’t their style, but they gave it a shot. They loved the essays about the musical’s development and followed the lyrics as we played songs from the cast recording. Discussing the concept of “rap battles” with them is a memory I will cherish until my dying day!

Debbie Schinker: I don’t generally read books about musical theater, but this one was a gift to my daughter and I ended up reading and loving it! I thought it was so down-to-earth that I gave it as a High School graduation gift to a seriously focused aspiring Broadway performer I knew.

Bill Rudman: ​As TMTP continues its long-overdue exploration of the film musical, this book couldn’t come at a better time. I have many books on the topic, but Basinger’s, which came out at the end of 2019, is in a class by itself. It’s voluminouus — and needs to be, providing information not only on important (both well-known and rarely seen) films, but details on specific scenes that open up the world of the artists’ intentions. It is lavishly illustrated with many never-before-seen photos; it is loaded with scholarship; but it is also eminently readable, guiding us through the history of the form and how and when it became more and more ambitious. If I have a quibble, I wish she had given more space (and recognition) to the songwriters, but that’s been done often enough. Her passionate account takes us into the very center of hundreds of films, our frustration being that we won’t live long enough to see them all.

Nancy Maier: This is an incredibly well-researched and insightful biography of Sondheim. We get a thorough look at his upbringing and personal life through the author’s many private conversations with him. She also interviewed his friends, family, collaborators, and even lovers. So we get a great understanding of what drives Sondheim as a man and as an artist. It is so readable I couldn’t put it down! Lots of backstage tidbits, and a look at his lyrics and working methods. He is a fascinating and brilliant man.

END_OF_DOCUMENT_TOKEN_TO_BE_REPLACED

“They have matched familiar tunes with obscurities…it all adds up to a unique and delightful Christmas collection.”
– Jersey Jazz

END_OF_DOCUMENT_TOKEN_TO_BE_REPLACED

As you know, Greater Cleveland lost an irreplaceable community leader and philanthropist on September 20 with the death, at 88, of Lainie Hadden.

When we think of her, we think first of how Lainie, the Junior League and a visionary named Ray Shepardson saved the Playhouse Square theaters from the wrecking ball in the early 1970s. Over the years, she deflected all praise for her work, but those of us who had watched closely knew she spearheaded the effort. By now, of course, the Playhouse Square district has developed beyond her most fantastic dreams.

END_OF_DOCUMENT_TOKEN_TO_BE_REPLACED

For the first time on CD, here’s Noel Coward’s demo recordings for what eventually became Sail Away. Believe it or not some of these were recorded in India by Coward! There’s 26 delicious tracks of the master including two bonus tracks of Coward and director Joe Layton providing vocals. Some of the songs never made it into the finished show and these are their only recordings. This is a terrific album for Coward fans as well as Broadway collectors and aficionados. ​

​Noel Coward Sings Sail Away and Other Coward Rarities is Harbinger’s August Album of the Month and available now for only $10!

This week the theater community mourns the loss of Martin Charnin. Best known as the creator, director and lyricist of Annie, his career started onstage in the original production of West Side Story. He continued working on Broadway and national tours throughout his life.

END_OF_DOCUMENT_TOKEN_TO_BE_REPLACED

This week the theater community mourns the loss of Martin Charnin. Best known as the creator, director and lyricist of Annie, his career started onstage in the original production of West Side Story. He continued working on Broadway and national tours throughout his life.

END_OF_DOCUMENT_TOKEN_TO_BE_REPLACED

Musical theater is considered one of the greatest American art forms. So we thought it was only appropriate to honor Independence Day with a nod to patriotism on Broadway. Here are our staff picks for some of their favorite musical numbers.

END_OF_DOCUMENT_TOKEN_TO_BE_REPLACED

I love Eric and I think that although he has a legion of fans, he’s really underrated. He has a warm, witty relationship with his audiences. His playing creates a dialogue between him, the piano and the people watching and listening. He understands the Great American Songbook better than most singer/performers. I think he’s the best of the jazz/cabaret performers. Eric gives out humorous tidbits on songs and songwriters which only adds another layer to he excellent playing. And even if he’s not singing but just playing, he’s on the top of the hierarchy of great jazz pianists. Others show off. Not Eric. His pianist skills are subtle but deep and he’s not just playing to please himself. He includes the audience with every note he plays. His unerring sense of of rhythm and bountiful invention creates a unique environment — be it in the intimacy of New York’s fabled Birdland or in a grander space. Either way, audiences feel like participants in the revelry. And that’s why we feel blessed to have him on the Harbinger label. Oh, one other thing: His wife and cohort, Barbara Fasano, is a bonus when they play together. She’s terrific, too.